The Darkness of Human Unconscious in Golding's "Lord of the Flies"

Since God knows when, there have been arguments about the nature of human evil and its causes. Is it something that was brought by the Devil and can be helped with the help of religion? Is it part of only the "uncivilized" societies, and is contrasted to the rational and human nature of the first-world countries? Can it be reduced with the help of progress?

After WW2, it suddenly became clear that progress has nothing to do with virtue, and even the most developed societies can bring the most horrible atrocities into the world. William Golding, having himself taken part in the war, expressed this realization in his most popular novel "Lord of the Flies".

The whole novel is a big allusion to Robert Michael Ballantyne's book "The Coral Island" (1857), which is a tale about English boys stranded on an island, but who, due to their civilized nature, manage to build a decent miniature of the British Empire, convert the indigenous savages into Christianity and even manage to beat pirates who try to attack the island. This novel shows a confrontation of the boys with an external evil.

William Golding drew inspiration from this book, but at the same time inverted its motif: he showed that evil is not external, it is within each of us. At the end of Golding's novel, the officer says: "Jolly good show. Like the Coral Island". But this is clearly an irony, just like the whole final episode with the rescue. There is nothing resembling the Coral Island in this story, and the officer himself looks like a mirage on the beach that in reality would've faded away, allowing the boys to kill Ralph. A screenshot from the 1963 adaptation

The sources of rationality

One of the ways to understand Lord of the Flies is to see it as a comparison between two levels of human mind:

Golding claims that what keeps our unconscious nature from dominating our behavior is the society and its rules. This is an idea that was earlier put forward by Thomas Hobbes in "Leviathan":

For these words of good, evil, and contemptible are ever used with relation to the person that useth them: there being nothing simply and absolutely so; nor any common rule of good and evil to be taken from the nature of the objects themselves; but from the person of the man, where there is no Commonwealth; or, in a Commonwealth, from the person that representeth it; or from an arbitrator or judge, whom men disagreeing shall by consent set up and make his sentence the rule thereof.

Hobbes argues that the distinction between good and evil are very relative, and should be defined either by the person themself, or by the law.

But Golding believes that most people can't really constrain themselves on their own, and the only thing that's left for regulating their behavior is the law and society's rules. But since the boys find themselves on an island where there are no laws whatsoever, they are free to satisfy their subconscious desires: eating, playing and eventually killing, though some boys, such as Piggy and Ralph, try to establish rules and repeat the success of the Coral Island boys, but they don't have enough authority, and eventually fail.

Reading this novel for the second time, you might see that Golding loves insinuations and plot hints. For example, this is the ending of the first paragraph:

He was clambering heavily among the creepers and broken trunks when a bird, a vision of red and yellow, flashed upwards with a witch-like cry; and this cry was echoed by another.

Firstly, we can notice the "witch-like" cry, which already says something devillish might happen in the future, but what is even more important is the seemingly random "vision of red and yellow". Then, in the fourth chapter, we can notice a description of the fire as "red and yellow", which immediately rings a bell for those who remember the first paragraph. In this way Golding plays with the reader by telling the ending of the book on the very first pages.

The island described in the book resembles a lot the Garden of Eden with all its original beauty and untouched nature. Beaches, fruits, sand, flowers are some of the things we normally think of when we hear the word "Paradise". But though there are plenty of all these on the island, there seems to be some strange and "unheavenly" atmosphere there. The coconuts are "skull-like" and the plants resemble "candles", though Ralph believes they can't be litWe'll see if they can't.

Later on, in the second chapter, the littluns tell the others about the "snake-thing" in the forest, which is also reminding us about the biblical serpent, an incarnation of the Devil. The boys are so afraid of the snake that one of them actually dies, even though we're never told whether it really exists or not. After all, what really matters is the fear of the snake that makes the boys easier to manipulate, even if the snake doesn't in fact exist.

One of the things Golding might be trying to say with these Paradise allusions is that even if people find themselves in a place like that, they won't be able to live there as they are really nothing but predators and need to eat meet, not the fruits, even if the fruits are from EdenThis idea is further supported by the fact that the littluns who always eat fruit have diarrhea.. 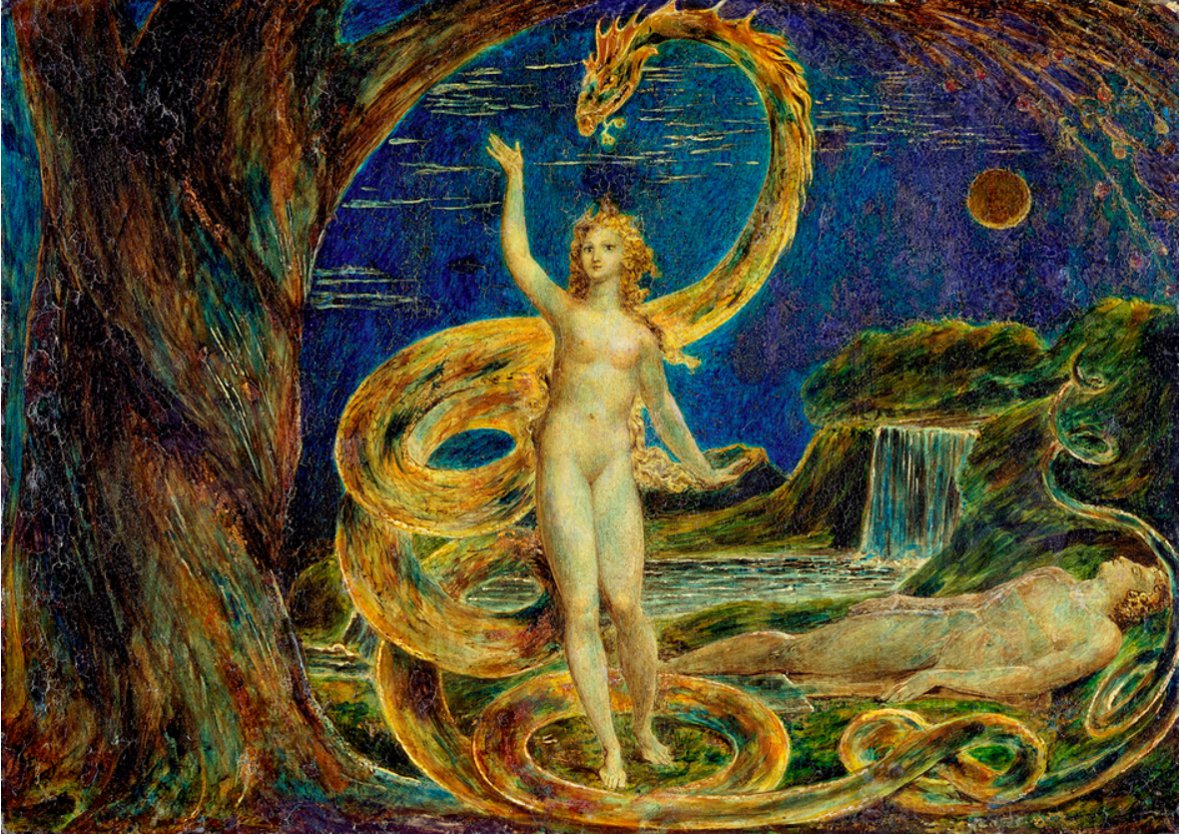 The prison of absolute freedom

The novel can also be seen as an attack against liberal ideas, such as those by Jean-Paul Sartre. Sarte postulated that when a person comes into the world, they do not have any essence or meaning given by the world. The world itself is empty. But it's not a completely hopeless situation, as we can (and should) create our own personal meanings, without trying to refer to external meanings and values imposed by the society. For Golding, though, this is nonsense. He shows to us that the path of complete freedom and indulgence (like the one Jack follows) can actually lead to an establishment of a totalitarian state (i.e. Castle Rock).

At the same time, Ralph's and Piggy's path is the one of those "external meanings and values" brought from their Motherland, Britain. They try to build a society resembling it by creating rules to restrain the members of it. But many kids find this path very boring. Why care about rules and keeping the fire, if all you want is hunting pigs and eating fruit? There are no grown-ups who'd prevent them from doing it, so most children choose Jack's way, the way of total freedom, which would then bring about terrible consequences.

Lord of the Flies also has numerous symbols, the major of which is probably the Lord himself, who might signify the evil hidden within each of us. Check out this quote from its "talk" with Simon:

You knew, didn't you? I'm part of you. Close, close, close! I'm the reason why it's no go? Why things are what they are?
... You're not wanted. Understand? We are going to have fun on this island... So don't try it on, my poor misguided boy, or else - ... we shall do you. See? Jack and Roger and Maurice and Bill and Piggy and Ralph. Do you. See?

The Lord wants to say that even the most rational and civilized people (such as Ralph and Piggy) can give in to the savage temptations, which indeed turns out to be true in the episode of Simon's murder.

The mask is another important symbol. At one level, the savages wear masks as a means of disguise. But, symbolically, it also is a way of liberation from the "shame and self-consciousness", from the super-ego that keeps you human.

One more big, though ofter overlooked symbol is the sundial. Having arrived on the island, the boys start to perceive time differently from what they've been used to. Now all they can be guided by is the sun, which breaks the boys' daily rhythms, leading them to sleeping in the daytime, and being "restless" at night. Piggy tries to put forward the idea of creating a sundial, which would mean at least a partial restoration of the old order, but he is not supported.

When reading the ending of the novel, one might feel there's something fishy there. Almost reached by the savages, Ralph is saved in a Deus ex machinaLatin for "god from the machine", which was a plot device used in the Ancient tragedies to save characters with the help of gods. way by an impeccably looking officer from a war ship. Although it might sound true, it might also look like an irony, like another mirage the boys used to have on the beach, meaning that Ralph would be murdered just like Simon was.
Although the book's pessimism can be argued, it seems to have been a huge statement of what can be revealed when looking carefully in the depths of human soul.